I recently came across my old baby book. Along with my first tooth and a lock of hair from my first trip to the salon, there was a page where I highlighted my competencies and described what I wanted to be when I grow up.

It appears that I was a very confident seven year old who dreamed of one day becoming both a singer and a mother. 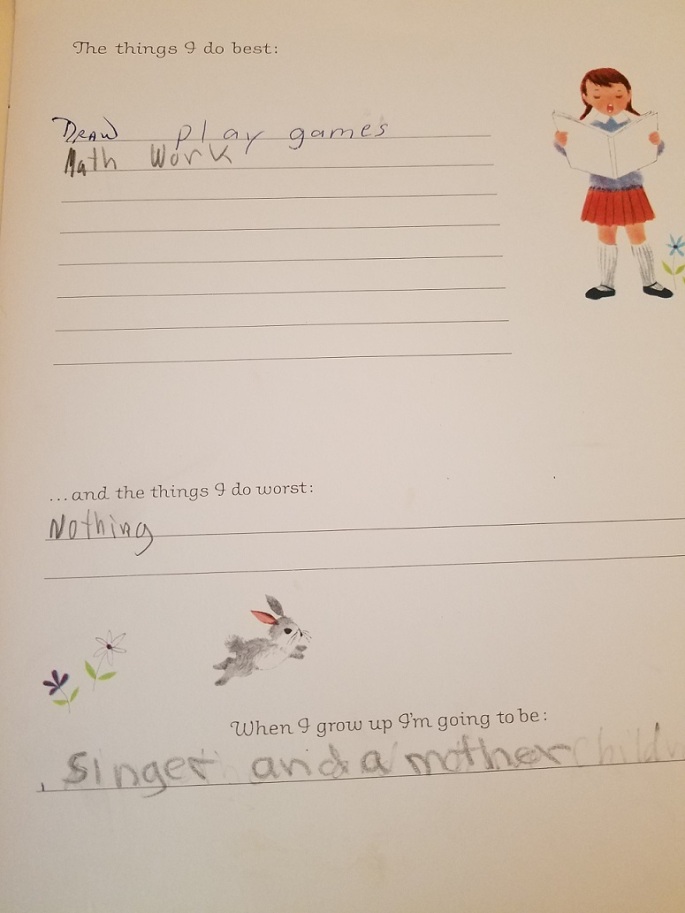 Back then I had the voice of an angel. At least that is what my Grandmother told me.

I had no reason to doubt her. As I sang, even I heard the beautiful melodies in my head.

Then one day I belted a song into my first cassette recorder. After playing back my rendition of Michael Jackson’s “Beat It”, I was shocked to discover that I did not have the voice of an angel, but in fact, had the voice of a dying animal.

I also later learned that my grandmother was deaf in one ear.

While I didn’t end up pursuing a musical career, I never stopped singing into hairbrushes. You wanna know why? Because, singing is so much f..king fun! Even when you are really, really, really bad at it.

To think, had I underestimated my strengths and overestimated by weaknesses, I might have wound up a starving musician who never got to karaoke.